- September 29, 2009
I always forget how busy Mondays are until I experience them. We're generally tired out from Sunday (is that supposed to happen if it's a day of rest?). When Brian gets home, he generally plays with the kids while I fix supper, then Brian and Camden go to baseball while I take Rory to gymnastics. After gymnastics, Rory and I go to the baseball field to watch the last 45 minutes of Camden's game, then we all head home, try to push the kids through their bedtime routines as quickly as possible and then collapse on the couch. Thank goodness we only have one night like this (if you don't count church on Wednesday). We're willing to do it for one night - the kids both love what they're doing. But in the interest of sanity, we're not doing more! I'm sure sticking to that decision will be difficult as they get older, and there will be brief periods of time (such as spring baseball season) where it won't be quite possible, but we really are committed to keeping things as simple as possible.

For last night's Monday activities, Rory got to wear this big brace thing and jump super high on the trampoline (her teacher pulled her up with the rope - kinda like what you would see in a mall). She giggled and laughed the whole time. Well, giggled and laughed right up until she started to slip out of it! It freaked me out a bit, but she was almost back to the trampoline when she slipped so no harm done. I won't think about what would have happened if she would have slipped out while she was way up near the ceiling. Camden had a good game last night. They don't keep score for fall ball, and last night they didn't have 3 outs - each team just went through the batting order. I know it's good practice for the kids and it's not an official league for fall, but for all the parents who are watching, it's not quite as fun as when we keep score. :)

Here are a (very) few pictures from Rory's birthday. I've had more than a few tears in the last week or so as I realize how independent and grown-up she is becoming. Rory is such a delightful child and we love her dearly. I know every mother understands me when I say that it literally makes my heart ache to see how big she is these days.

The Dora and Boots cake per Rory's request 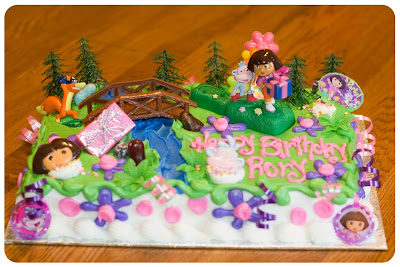 You can see how tired she is here.
She had trouble being very excited about anything she was so out of it. 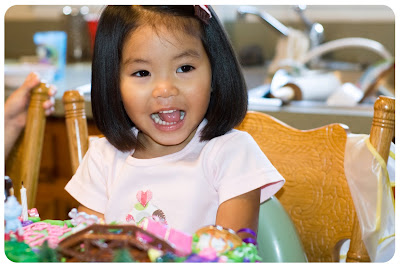 Definitely the gift winner - the scooter from Uncle Michael and Aunt Liz.
She's been scooting around on this thing in the house too. 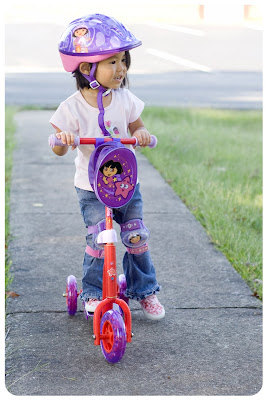 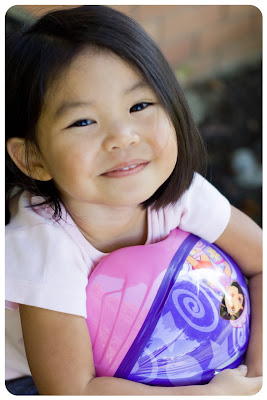 MyEbella aka Kim said…
omg she is getting so big! I love the picture of her ON her scooter with all of her gear!