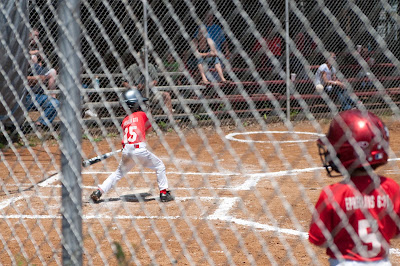 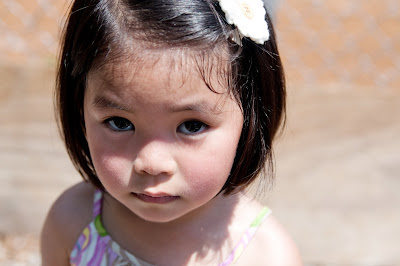 Because of a game delay, we spent a very hot and humid 3+ hours at the ball park Saturday. Rory did so well until the last 30 minutes, and then she was done. The poor girl was so hot and sweaty (as was her mama!). Thank goodness one of the other mothers was better prepared than I was and had brought along sunscreen. I have one big patch on my arm that clearly missed out on the sunscreen and it's so painful. I think Rory turned 3 shades darker even with the 50 spf sunscreen. Brian was on dug-out duty and missed out on some of the heat, although dug-out duty is its own kind of torture.

After half of our day was spent with baseball, I thought the kids might be tired of being outdoors, but they came home, rested for a couple of hours, and then spent several hours playing in the shade. 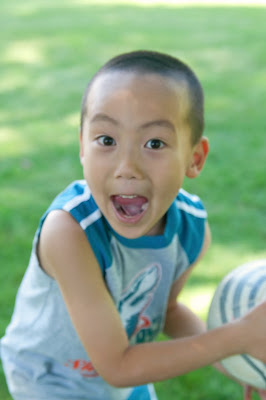 She was not too thrilled that I had the camera out. 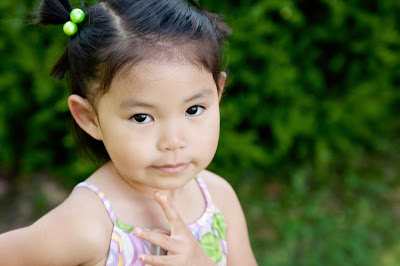 Brian decided to pull the bikes out and let the kids spruce them up. 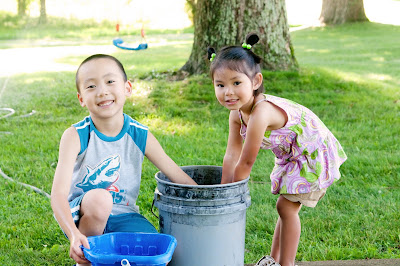 Today is Camden's official last day of school. The last academic day was Thursday, but today is a field day and he is quite excited. His baseball schedule has been rearranged and the last 4 games of the season are all this week. This is Brian's last week of school, and he is crazy-busy finishing things up and dealing with 21 hyper-active 4th graders. With the exception of Thursday, we have something going on every single night (including Saturday) so the week promises to be a bit hectic. 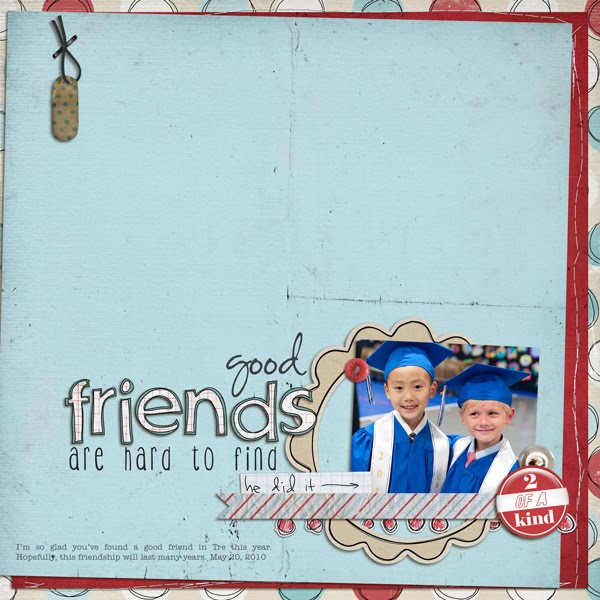 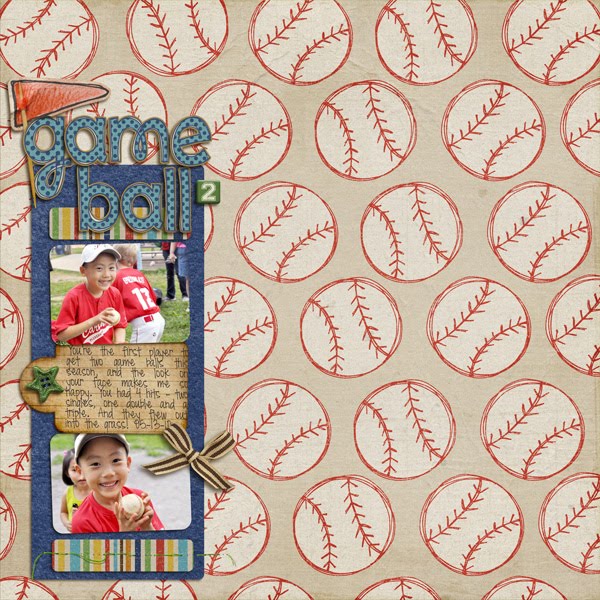 Mayme said…
There is nothing worse than dugout duty. It's like being pecked to death by chickens.
9:01 AM

KrisJ said…
YUCK!! Not looking forward to those hot games this summer! Malia is already darker to.. I am so jealous of that!
3:06 PM

Christine @ 12,450miles said…
I'm so glad you said that about Rory turning three shades darker, even with the sunscreen... I feel like I slather S multiple times a day, and he's still getting darker!
4:47 PM