The Year of the Advent

This Christmas season in general has been busier and more difficult than I remember, although it came to me about 2 weeks ago that this is the first holiday season in about 7 years that I have been a working mother. Simply making that distinction helped me feel a bit better about the craziness. It is also the first year we have been involved in a church Christmas program in several years (and while I loved it, the practices certainly consume a certain percentage of your holiday season). Missing basically a week of December for chemo was also not helpful on the whole "keep your holiday simple" motto.

So it was with a sigh of relief that we loaded into our rented van last Monday morning (thank you, 180 Church) and traveled to Illinois to be with family - where the real holiday season happens.

Cousins quickly settled in to play; Brian continued to recover from the flu (he is still fighting off the lingering congestion and cough 3 weeks). My mom had arranged for the girls to spend an afternoon at the local crisis pregnancy center (we managed to whip out 4 hours worth of work in 3).  Cinnamon rolls were baked and consumed (my request).

I could call Christmas 2014 The Year of the Rash since it was Christmas Eve when blisters started to appear on my hands and legs. Or it could be The Year of the Burned Toys since a new Lego set might have been accidentally sent to the burn pile and not discovered until too late.

But I think this year will be The Year of the Advent. Our holiday week had some hard moments. A long-existing rift with family came to the surface, and our brother chose to spend Christmas apart from us. It was a sobering reminder that I have not been faithful to love him the way I should, as well as an overwhelming awareness of how hard life can be when choosing to live apart from Christ. There were tears and much joy missing from our week as a result, and I thought over and over how grateful I was that our families had chosen to spend our December evenings reading Ann Voskamp's Unwrapping the Greatest Gift: A Family Celebration. It was such a lovely and real reminder of what is this baby King who came to save us. My favorite memories from December come from the discussions following our nightly readings. My favorite memories from the week are found in the prayers said and carols sang each night. 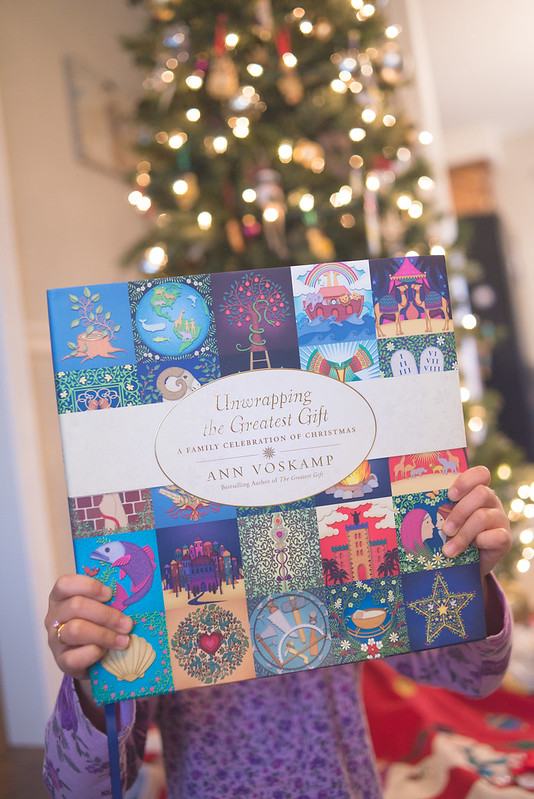 We chose, as we have in the past, to give the kids 3 gifts: something you need, something to read, and something you want. Camden received house shoes, the Warriors Box Set by Erin Hunter, and a Nerf Mega Thunder Bow Blaster. Rory received p.j.'s, an Amelia Bedelia box set, and a purple Nerf Guardian Crossbow. Why, yes, we did have World War 3 after Christmas morning - especially since the cousins also received Nerf Mega Thunder Bow Blasters. :)

Micah, Becky, William and Xavier had to leave Saturday (amidst many tears from the cousins, which always breaks my heart). My parents played the part of doting grandparents while Brian and I got out of the house. We finally got to see Mockingjay, and it was exactly how I pictured it to be. We loved it!

We're closing out 2014 quietly. Yesterday we spent a family day together - family photo shoot (I did not take the pictures, thank heavens), the kids did some window shopping trying to decide how to spend Christmas money, lunch at a Mexican restaurant and then a viewing of Big Hero 6. Today Brian is back to grading papers, kids are sleeping in, and I am going to try to finish up my 2014 blog book before my Blurb coupon runs out tonight.

I kept the camera put away for most of this year's Christmas break, but I think these few still capture the memories for us. 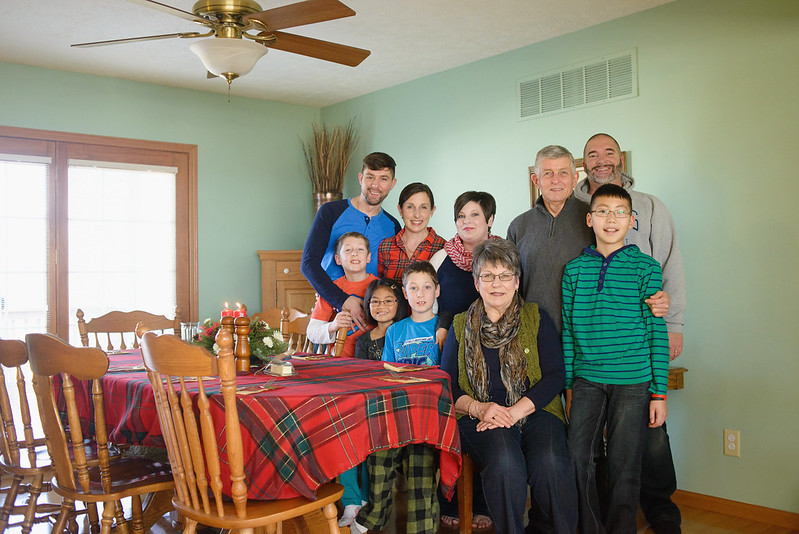 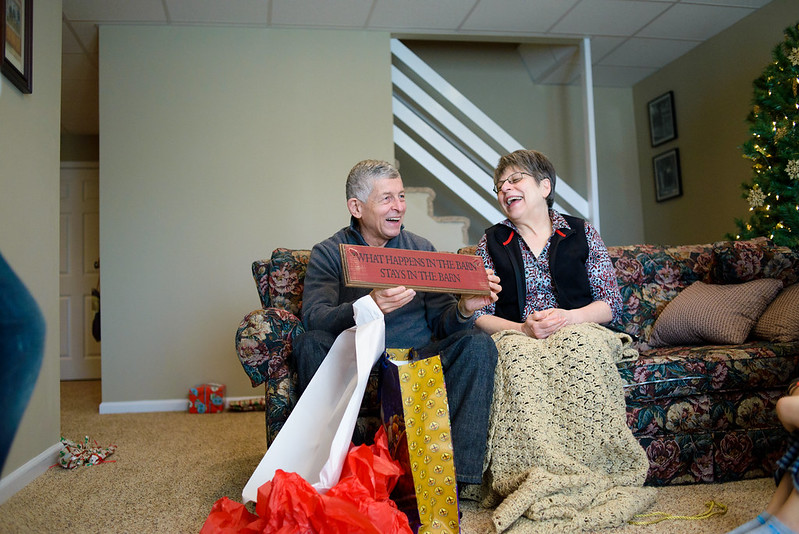 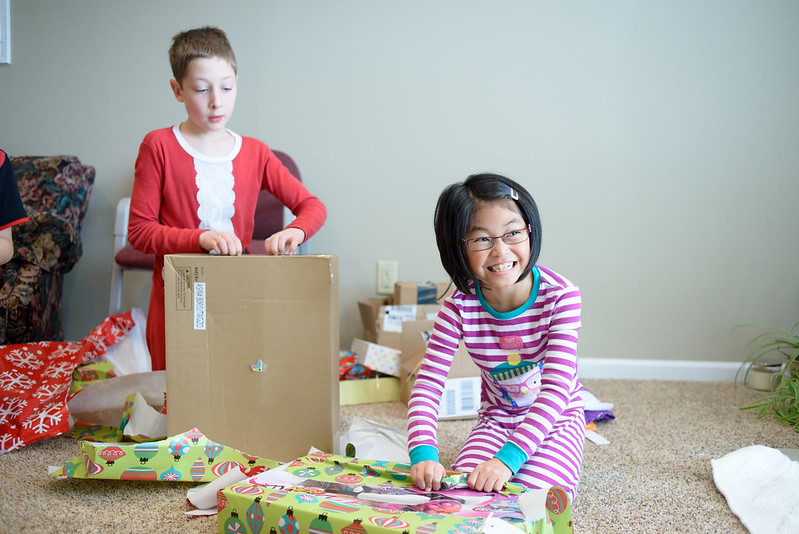 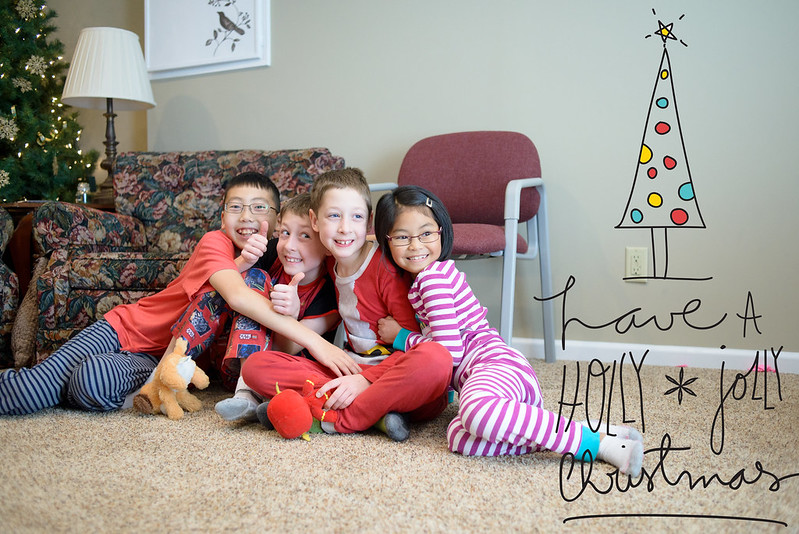 Christine @ 12,450miles said…
I wish you didn't have to have any sadness... But oh, it really did sound like a wonderful holiday! (And the burned Legos pains me!)