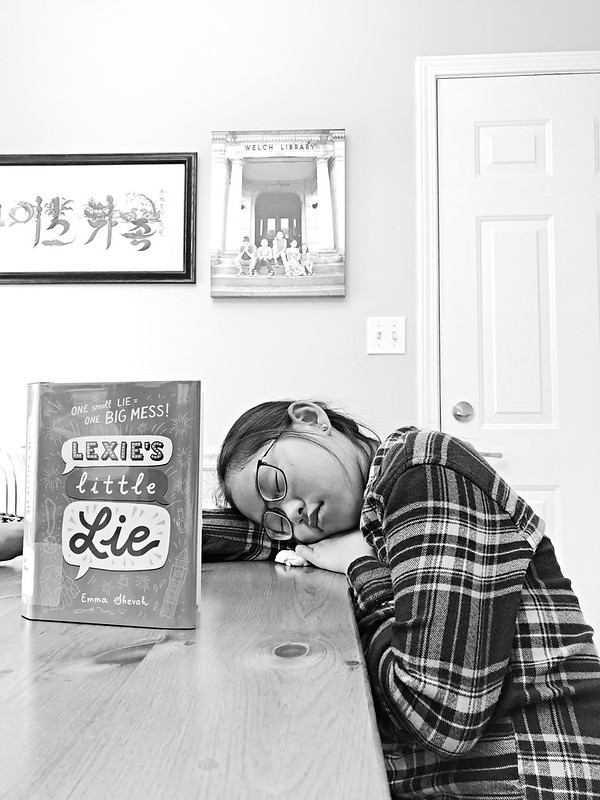 1. There may have been tears and sadness, but Papa Bob's funeral was also full of hope and laughter. Because we're scattered from Tennessee to North Carolina to West Virginia to Utah, family reunions are few and far between but we made the most of the hours available. The cousins (Camden was the oldest and the only boy present) had an old-fashioned sleepover complete with late night talking and giggling, a snake hunt, and a lot of snacking. 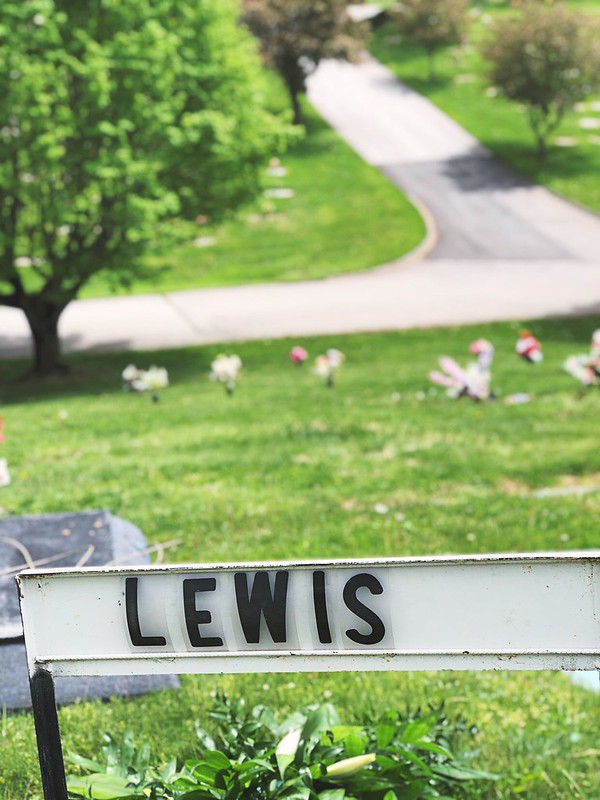 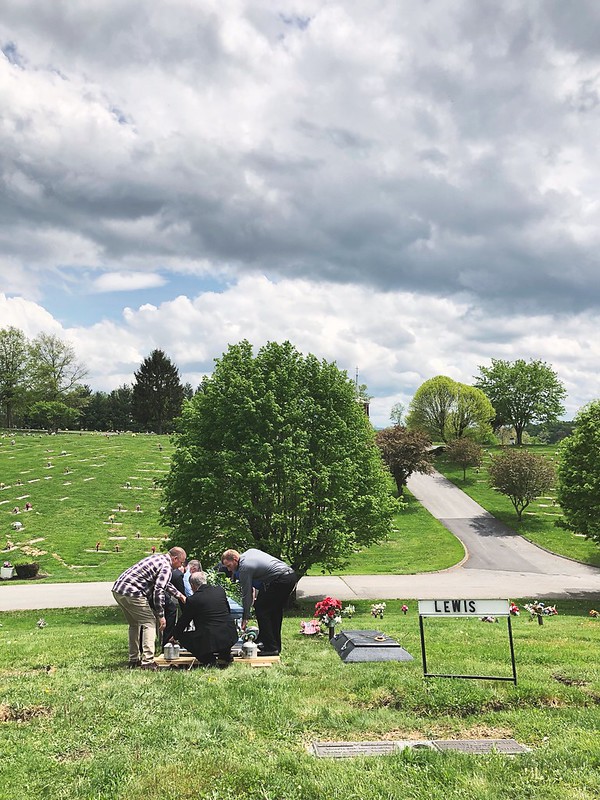 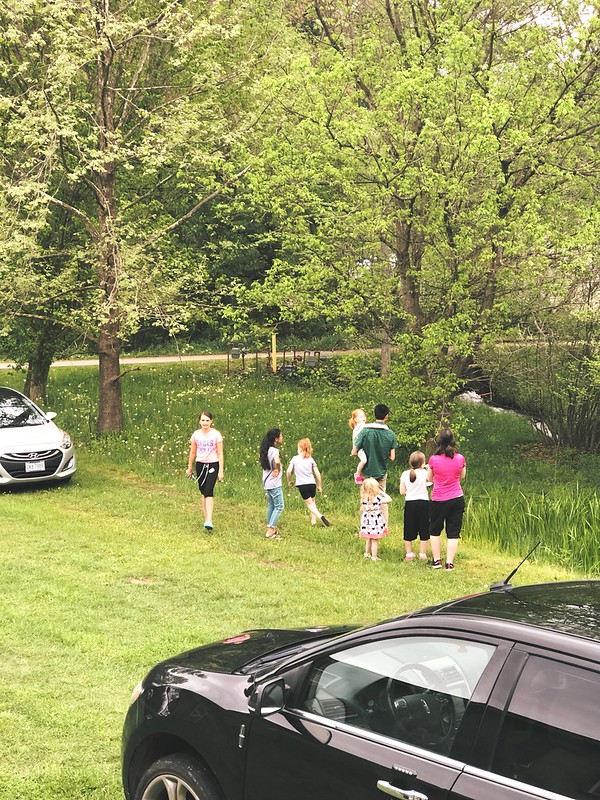 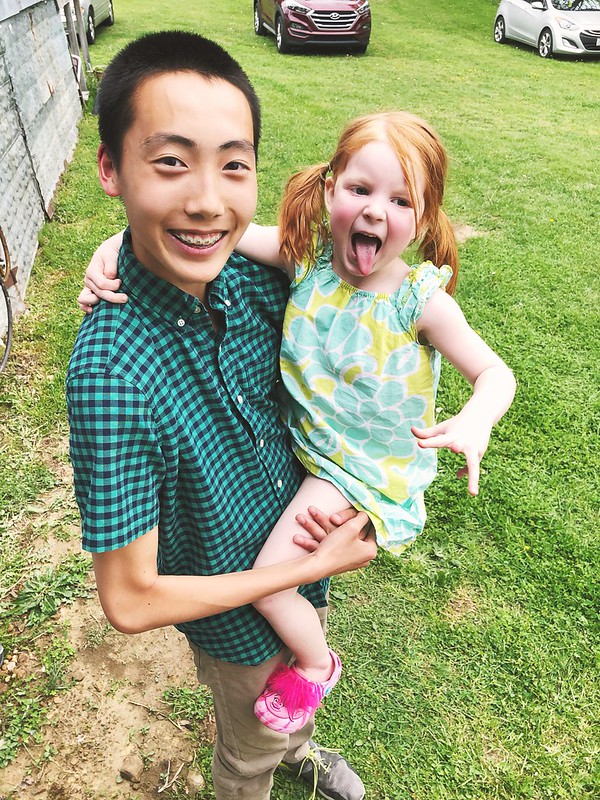 2. Because they're exempt from exams, Camden and Rory are finished with 6th and 9th grade as of 11:30 Tuesday morning. The school year was our busiest yet - Honors classes for Camden combined with cross country (Rory), basketball (Camden), and soccer (both kids) made for a full schedule. Camden is the only Lewis not ready for a break.

It is no secret that 6th grade was Camden's toughest year socially, emotionally, etc. We nearly made it through Rory's year without major drama, but she confided in me last night which resulted in tears on both sides. A "friend" has been directing a racial slur towards her for months, and she is being forced to confront right and wrong on issues that are far beyond her years. The world is so broken. I'm proud of her for trusting me to help her figure this out and relieved that sixth grade is over.

3. Uncle Matt was here for a visit. Camden is officially the tallest. 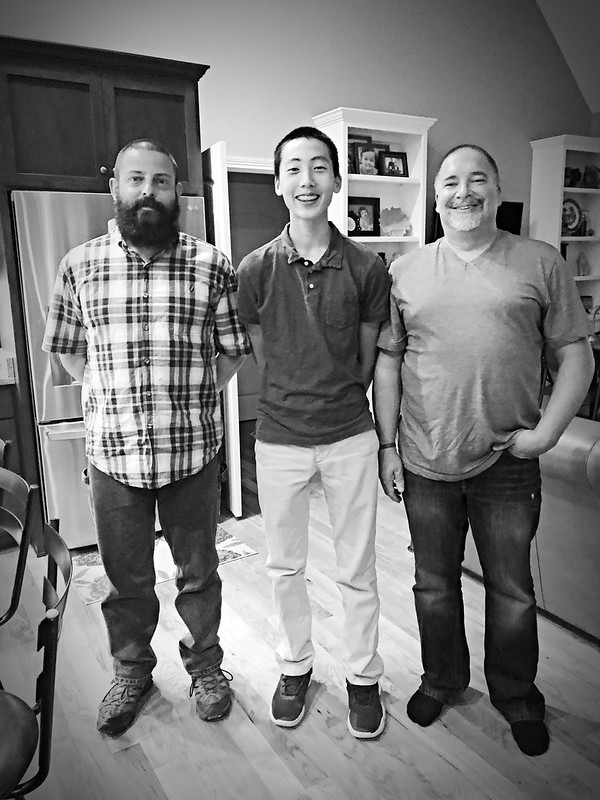 4. Basketball and pizza with church friends made for a fun Friday night. 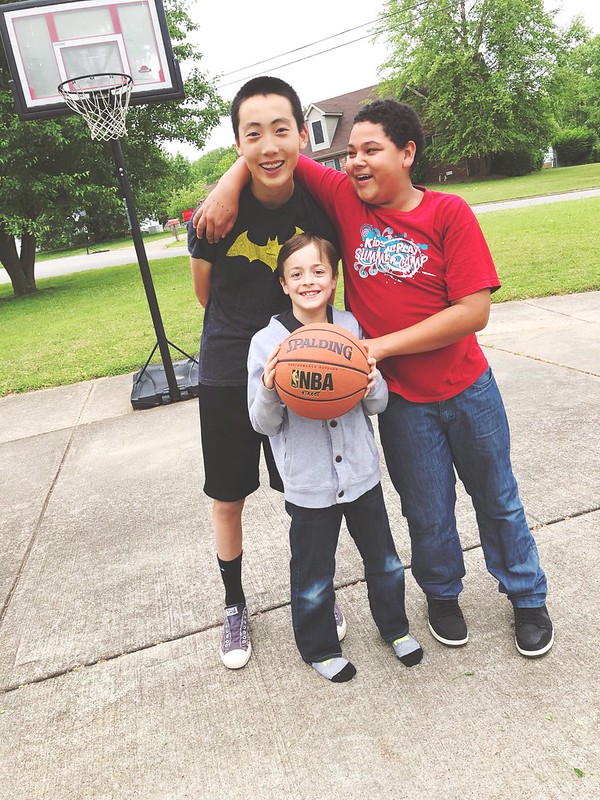 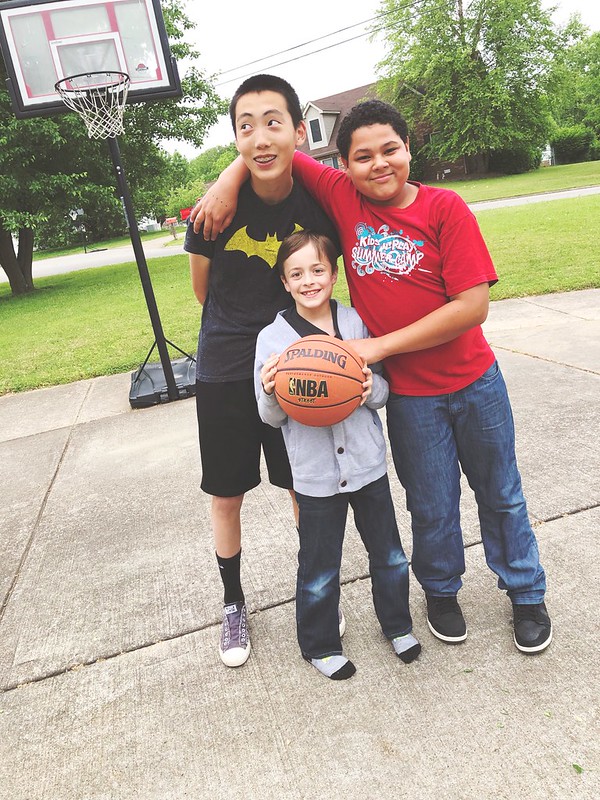 David Crowder interview - he's a hillbilly and a musical genius
Johnnyswim interview - loved his story of meeting his wife
Charles Martin interview - immediately headed to Amazon and bought 2 of his books
EveryPlate - $20 off your first box
The Dawn Wall documentary - just incredible
Laura Mercier lipstick in Fresh - the perfect berry for fall, but bright enough for spring

Our weekend is jam-packed, but the most significant event is that Camden has plans. At the mall. With his friends. As in, we're dropping him off and picking him up 3.5 hours later. What? When did he become old enough for this?

christine@modernlittleme said…
I had several thoughts on this post. (Mostly around school and Rory’s unfortunate circumstances with her “friend.”) But then I got to the part about the mall and had the same thought... HOW IS HE OLD ENOUGH?!?! Oh my word. Time just slips by!