- February 12, 2018
1. The Lewis/Lemons annual super bowl party (our 10th?) was fun as usual with the added bonus of having my parents present. I think most of the group was rooting for the Eagles but sure the Patriots would win. We were wrong! The food and company are most important, of course.


(notice the two little girls in their matching p.j.'s - they spent the night upstairs watching a movie and playing because football is not high on their priority list) 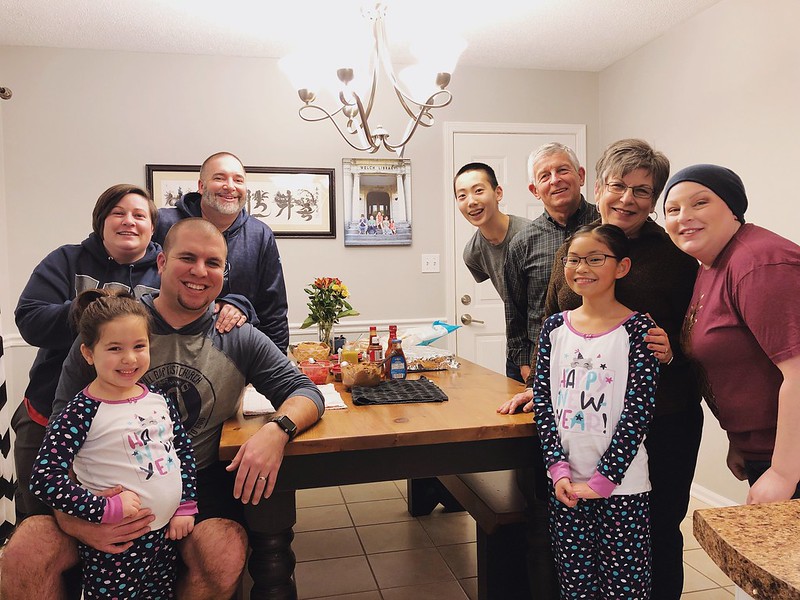 2. The annual team celebration for my job was Monday night at Rodizio Grill: A Brazilian Steakhouse. Neverending meat was Brian's dream, and we were lucky to have a good tablemate for him. They tried every single meat that came our way - all 17 varieties.

3. The kids had a district choir competition Thursday. They also both competed in the district spelling competition since they were each the winner in their age bracket at school. I neglected to take a picture of them all dressed up in their black and white, but they looked quite official (and not themselves). Rory finished 3 out of 14; Camden 8 out of 10 (which is very representative of how much they studied).

4. We picked up this coffee syrup at our Trader Joe's run last week. Camden approves as an add-in to his Saturday morning glass of milk, and we're going to put it to the test with ice cream this weekend. 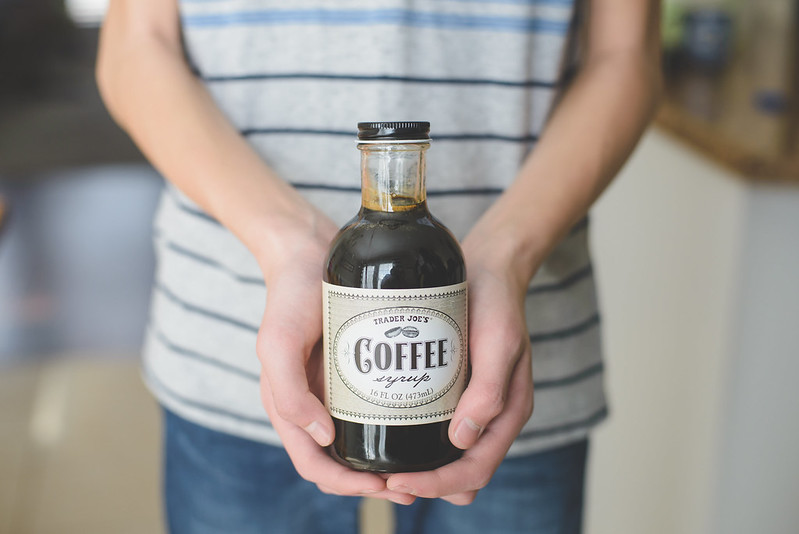 5. Speaking of food, while my mom kept me company at chemo this week my two grandmas made my favorite chicken and homemade dumplings for supper last night to have the day after chemo. And speaking of chemo - the port is giving us issues to the tune of an added 2 hours Wednesday while they tried to make it work. The good news is that it did work, but not perfectly. My nurse says not to worry so I won't.


Weekend plans include the opening ceremonies for the Olympics Friday night. Camden and I are always big fans, but I would say everyone is a little extra on board this year because they are taking place in South Korea. I'm planning to cook Korean food for supper! Camden has a basketball game Saturday morning followed by a youth group event in the afternoon. Sunday holds a Valentine's fundraiser for the youth group after church. Happy Friday, friends.

So I didn't quite get this post up on Friday, which isn't too unusual - the weekend was busy and Sunday I spent about 7 hours in bed sleeping. This has happened a couple of times since I first started chemo 15 months ago - where I literally just can't wake up and get moving. It's super frustrating, but I can only guess that it's my body's way of saying STOP. REST. Anyway, I'm up now on this early Monday morning and feeling better. I guess an extra 7 hours of sleep really can do wonders. :)

christine@modernlittleme said…
Most importantly... SOOOO glad you are taking the time to STOP. REST. Your body knew what it needed and you should consider it a big accomplishment that you listened... as frustrating as I know it was. Now, wasn’t that opening ceremony LOVELY?! Can’t wait to go back to the home I carry in my heart... Korea! Hope you are well!
8:30 AM