- September 13, 2019
Round two of chemo was last Tuesday and it took a solid week before I felt myself again. Thankfully, I have a bit of extra time before the next one because of a work trip.
I have no actual pictures from the past 10 days, but I did find a couple of not-Instagram worthy photos that are sentimental to me.
Camden and I watching TV together; he's a giant these days. 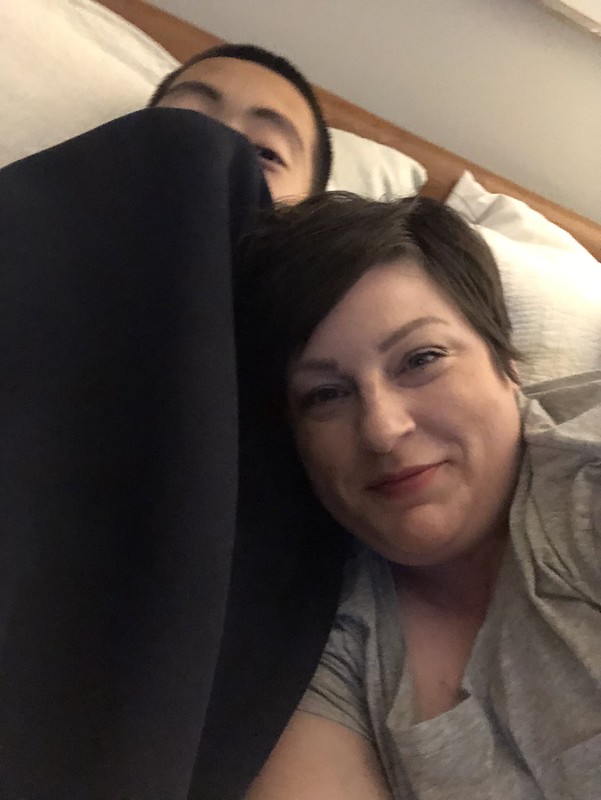 1. We're setting heat records even though it's mid-September. I burned a fall candle, bought a cardigan, even jumped on the pumpkin spice cold brew wagon and it did nothing to usher in cooler temps. We're all ready for summer to say goodbye.

3. And while we're still on chemo, I had the crazy idea of trying to count up how many chemo treatments I've had over the past 8 years. Maybe it wasn't a good idea because it's a little depressing? Maybe reassurance that there's a reason I feel sick all the time? Since May 2011, I have had a grand total of 86 chemo treatments using 10 drugs in addition to about 14 months of Tamoxifen which is an oral drug. Sheesh. Did I mention the ER doctor visibly gulped in disbelief when I mentioned 8 years of ovarian cancer to him?

4. Camden drove the family for the first time this week. Rory nervously giggled hysterically from the back seat the entire time which did not please him at all. I don't blame her. It's just weird. And doesn't feel safe.

(Sidenote: he drove us to a watch party for the current season of AGT. Our friend Jason is part of Voices of Services who made it into the finals. So fun!) 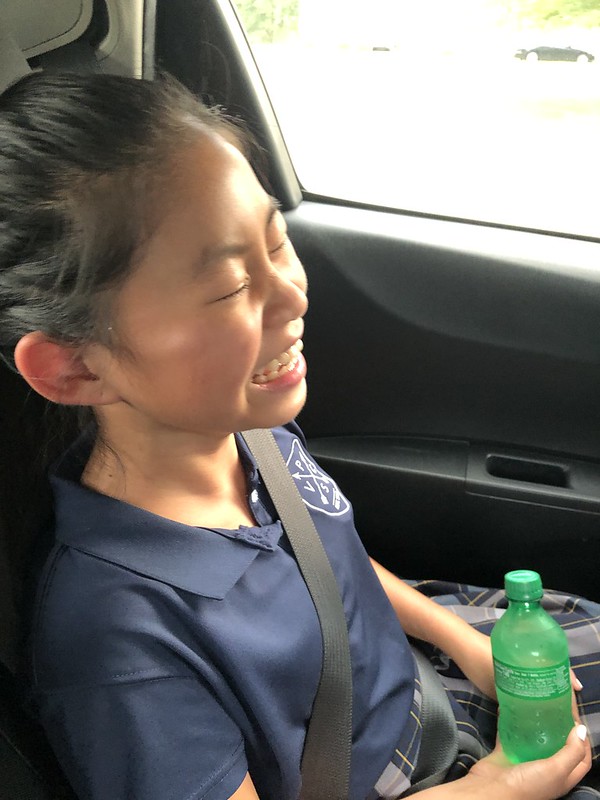 5. Book club was this week, and we've had more serious books with heavier topics to tackle the last couple of months so I wanted something lighter. I chose A Curse So Dark and Lonely by Brigid Kemmerer, which is a YA retelling of beauty and the beast. I finished it in 2 days because it's a total page-turner. The only downside is that it's a trilogy (which I did not realize) and now I have to wait for the next installment. I do love a good series!


The kids have physicals today (I skipped them last year) so we're making a trip to Nashville this morning. Brian has an early release day so when he finishes up, we're going back to Nashville to visit a friend in the hospital and finally eating hot chicken with Camden. Have a great weekend, friends.

christine@modernlittleme said…
You guys sound like you are melting, and we’ve got frost on the pumpkins up here! Where’s the happy medium!??! I’m so backlogged on books right now... but this one sounds like it needs to go to the top of my list!
6:16 PM

Jocelyn aka JoBear2 said…
We have Spring here in Australia and just had a warm day today at long last as we are sooooo tired of the cold. We even went to the snowfields a few days ago and went tobogganing which is very late in the season as the snow would usually be melted by now. Please know that I am thinking of you and praying for you!