- February 08, 2019
And just like that, the first 6 week of 2019 have disappeared. We are busier than ever, which makes sense since we have a tween and teenager and Brian has two jobs. This week as we came home just in time to fall into our beds for the 4th night in a row, Brian and I both said "this is no way to live!"

So here's a quick list of a few happenings in the Lewis family.

1. Just enough snow and ice arrived one Sunday in January to qualify for a snow day. It was a lovely way to spend a Sunday all wrapped up and cozy. Brian took multiple naps; we watched a whole lot of football and played games. The kids had a second snow day last week but the adults weren't so lucky. As usual, Tennessee has wild mood swings that take us from record-breaking temperatures of 78 degrees one day to 20 degrees the next. 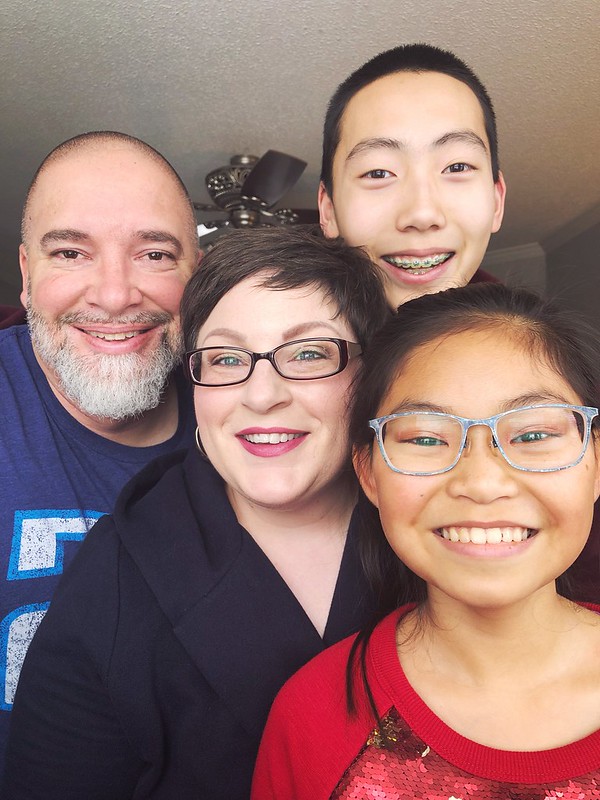 Let's ignore the mess - it was a snow day! 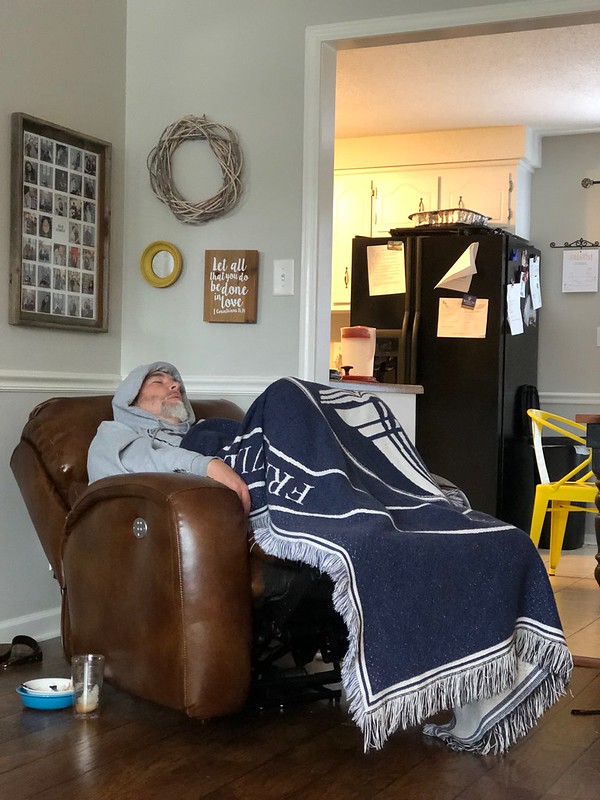 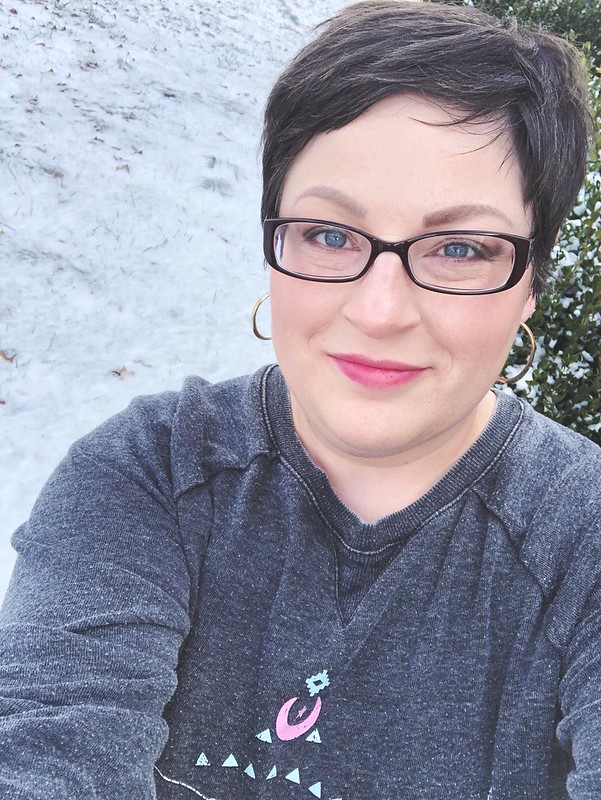 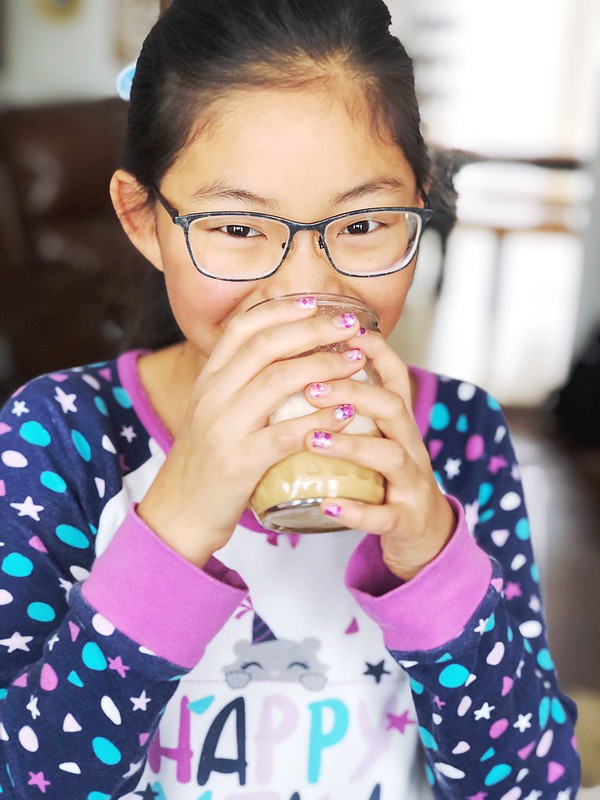 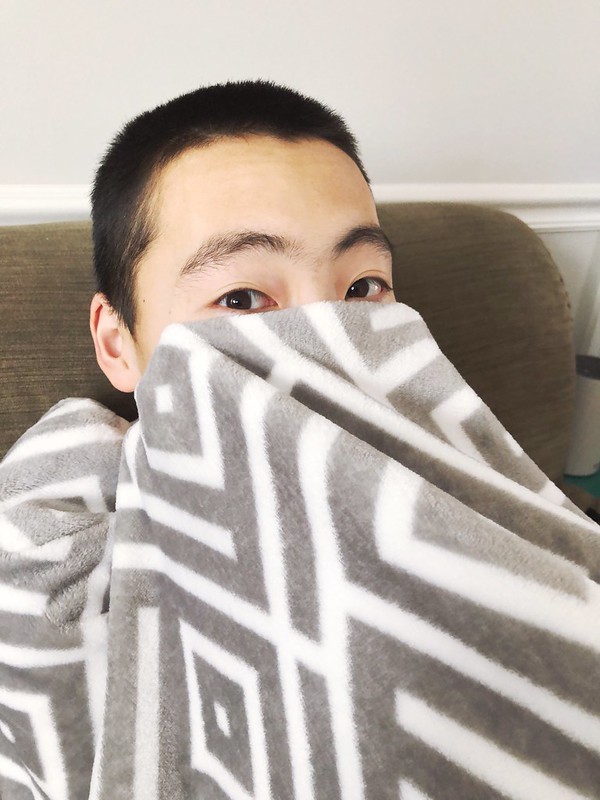 2. Camden continues to toy with the idea of becoming an oncologist. He chose ovarian cancer as the topic for his research paper this semester (and was completely irritated at everyone else in his class who chose topics like video games, sports, etc.). I find myself wanting to control his research, knowing that he is going to see statistics that are not hopeful. I did warn him in advance, but I'm finding it difficult to let him manage this on his own.

3. Basketball season is wrapping up with a tournament next week. It's been a long, dreary season with only 1 win. I keep waiting for Camden to really get fed up, but so far he still leaves each game having fun and able to recognize where he should improve and taking pride in his accomplishments. I can't ask for much more than that. Except for a win; we would all really like a win.

4. After bowing out of choir for his freshman year, Camden got pulled into choir competition yesterday. The event required black dress pants, white shirt, black dress shoes, and black tie/belt. We borrowed the white shirt from grandpa, the shoes from Brian, and crossed our fingers that the black pants we ordered from Target would fit and arrive on time. I only snapped two quick pictures as we left the house before daylight so ignore the photo bomb as well as the dreary conditions. He's in desperate need of a haircut. 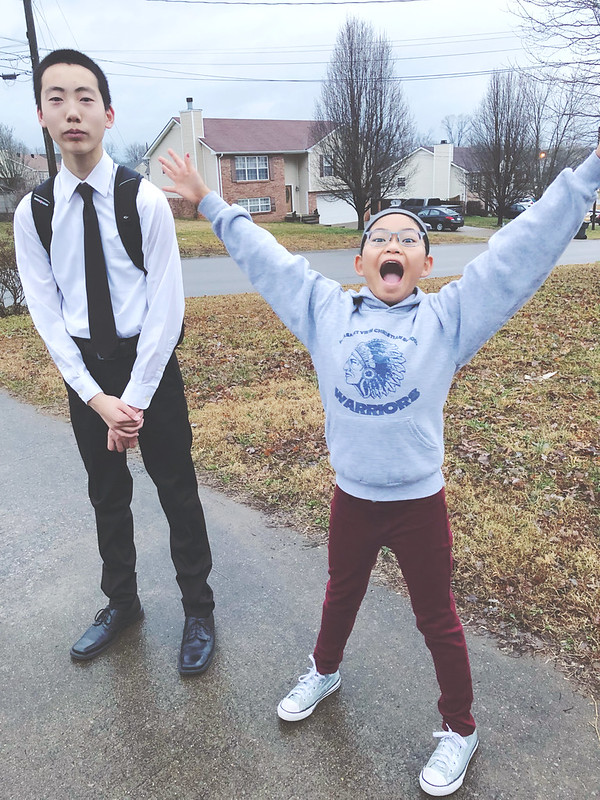 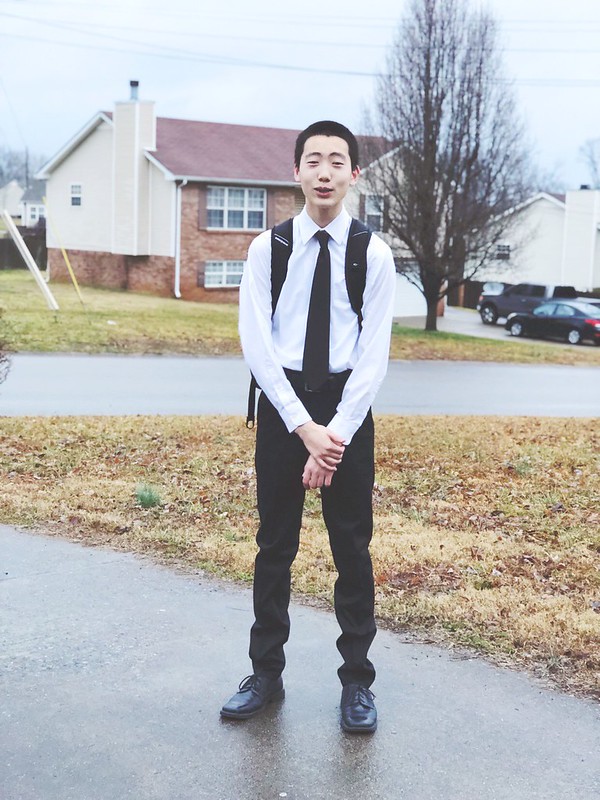 5. We enjoyed the SuperBowl last week with the annual family get together. This year we invited one of Brian's former co-workers. The game wasn't as exciting as we hoped, but that wasn't really the point anyway.  No group photo this year, but a couple from lunch that day. 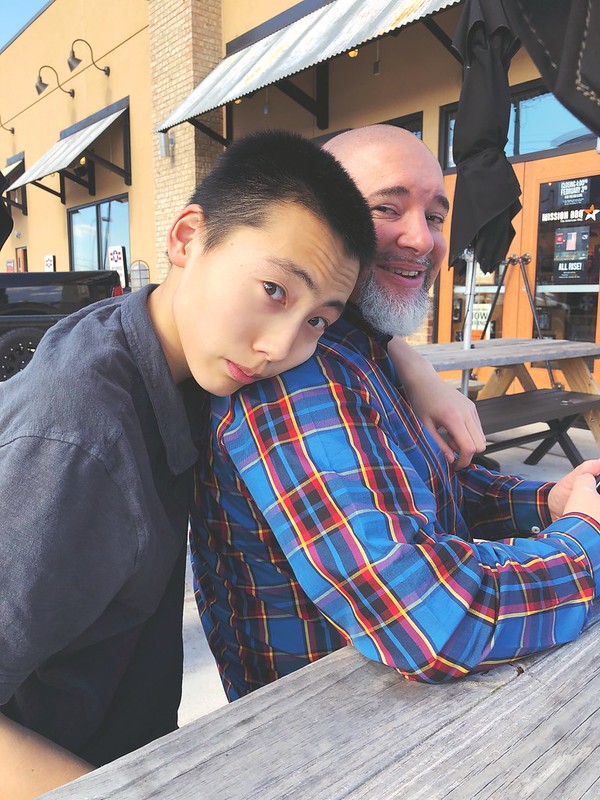 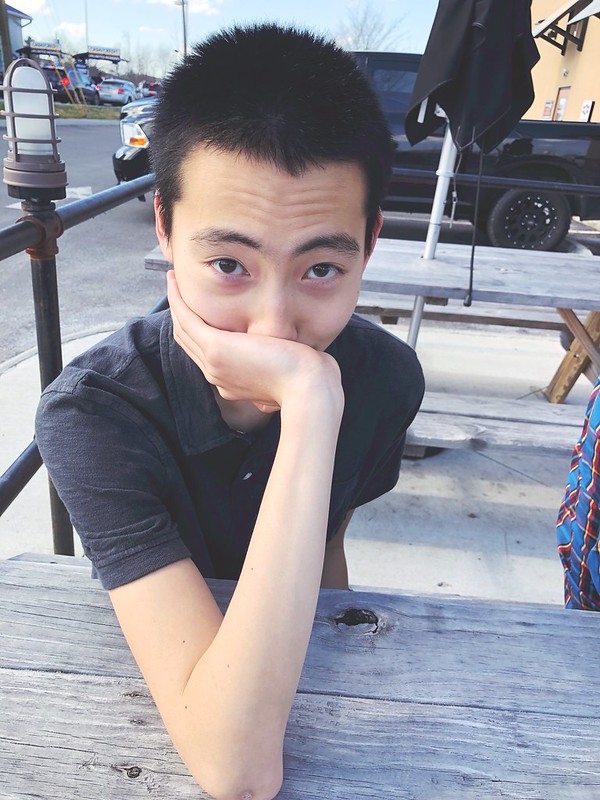 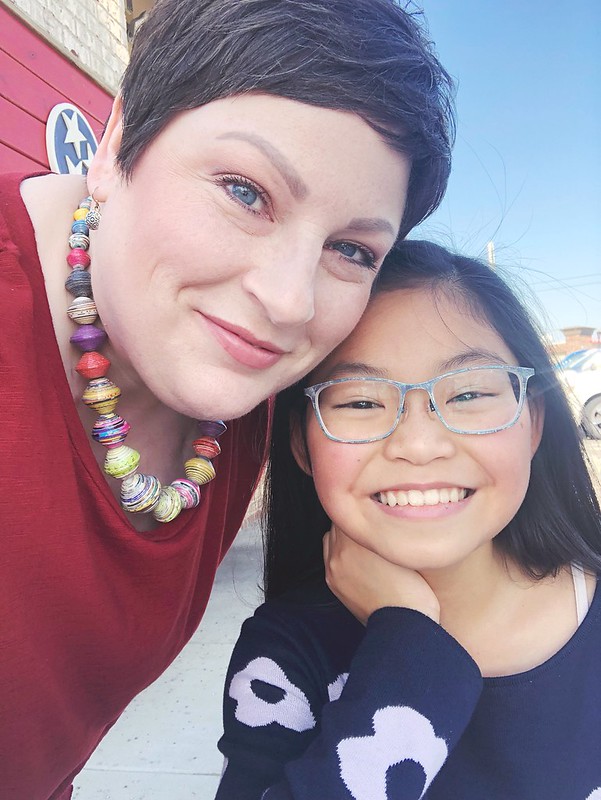 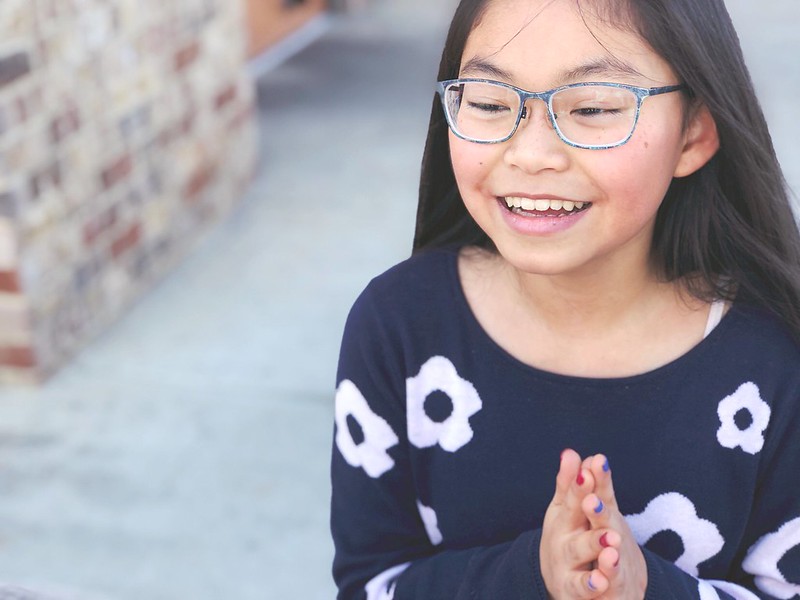 6. I must have needed light reading because I dived into YA books in January and completed seven.

7. I have my first official haircut scheduled for today. While I've had a couple of quick trims since stopping chemo last April, this is the first haircut with a wash, scalp massage, style, etc. I could not be more excited about it!

8. Brian's grandma passed away this week and while it was not unexpected, we are still sad. She was nearly 95 years old and had been married for 73. Until this week, both Brian and I have had all of our grandparents still living. Which means Camden and Rory have had 12 grandparents to love on them, which is remarkable! The service was very sweet and family oriented, a celebration as it should be. Brian and his brothers each had the opportunity to speak. Camden, Rory, Cheyenne, and Sienna (the 4 great grandkids attending) all participated by playing their instrument or singing.

Changing in the trunk 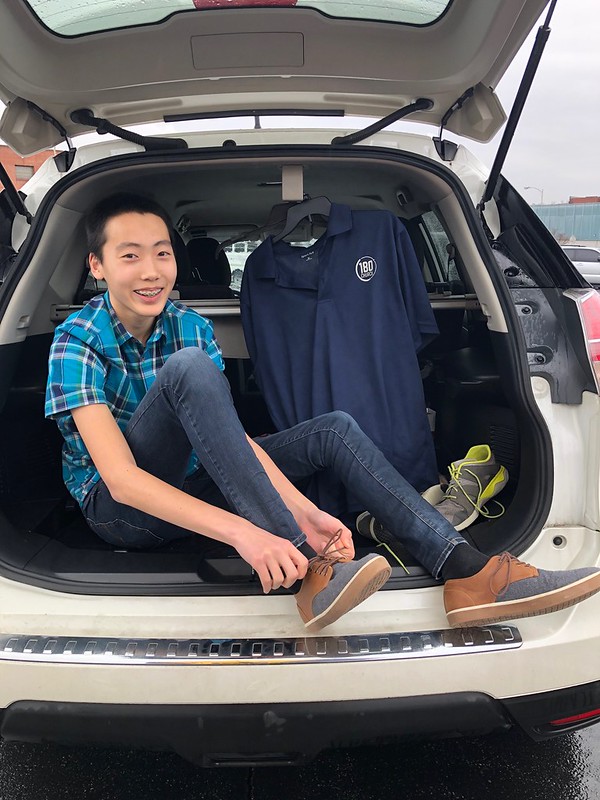 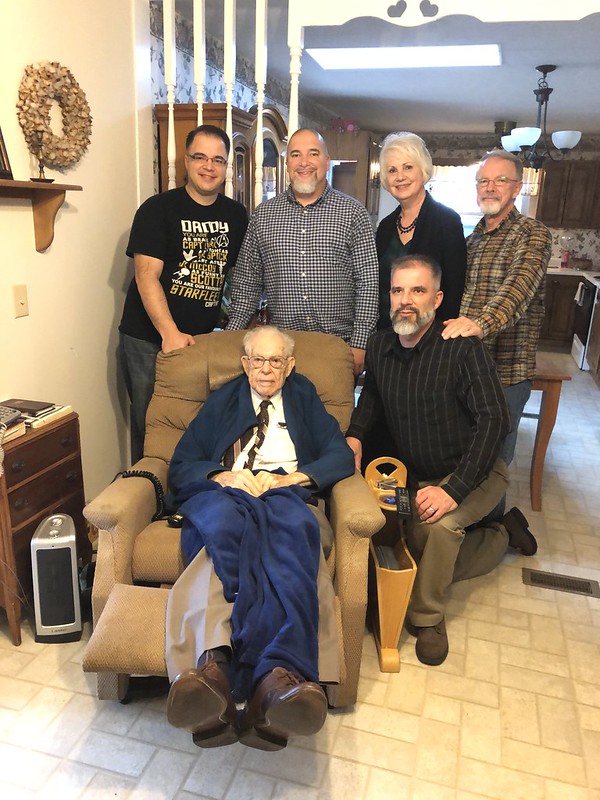 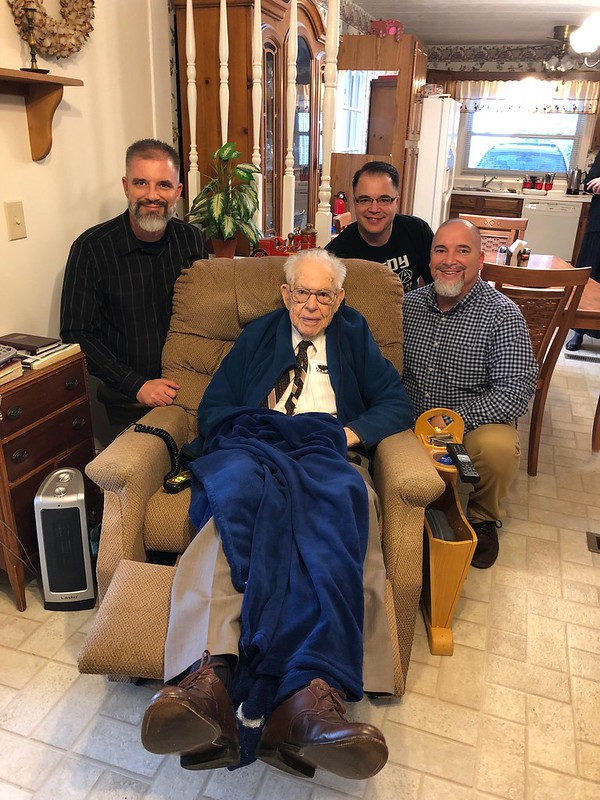 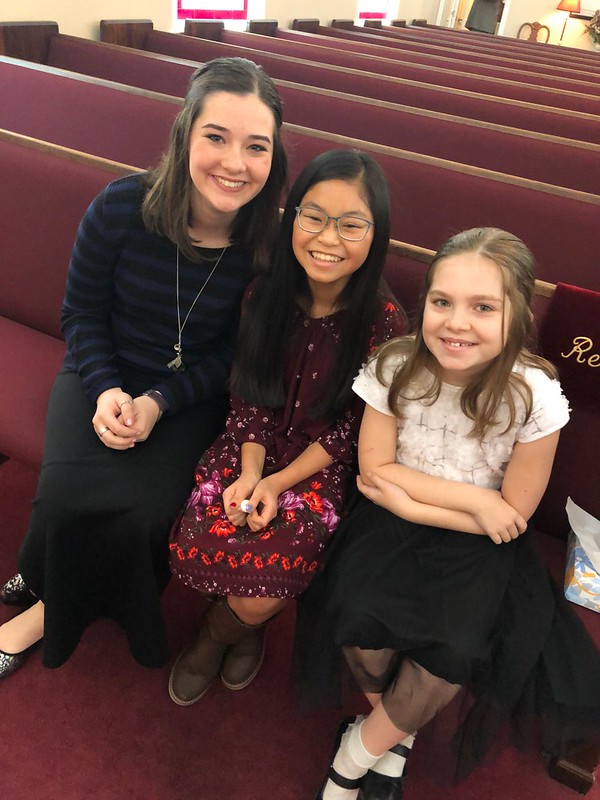 9. Brian and Camden went to a Belmont basketball game with a group from school and had the best time. Rory and I stayed home and continued to work our way through the Hallmark series When Calls the Heart. Girl is SO addicted to the romance. I can appreciate that it's sweet and wholesome, although incredibly unrealistic. 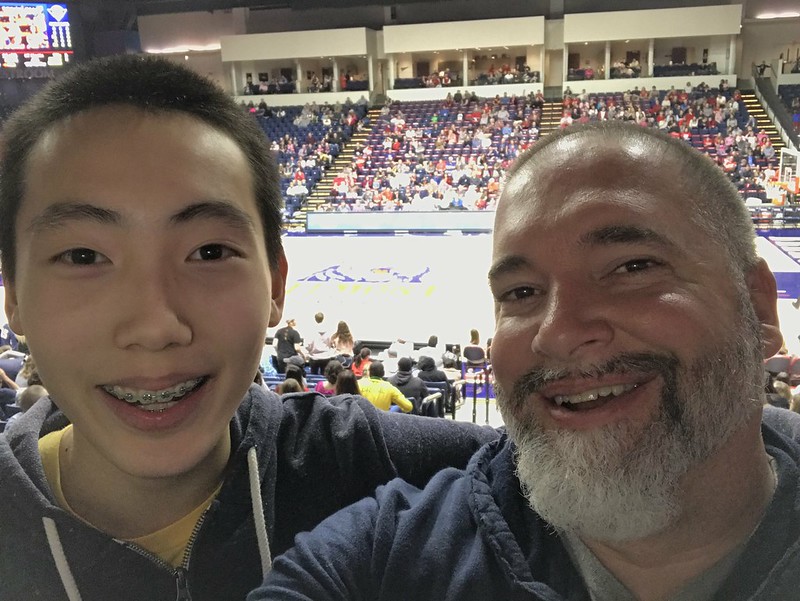 10. After spending many afternoons throughout the fall practicing with the soccer team, official tryouts were last week. None of the sixth grades made the cut, which softened the blow a bit. She isn't especially interested in soccer, but thought it would be fun to play with her friends.

Our weekend kicks off with date night - Brian and I have tickets to see The Wizard of Oz tonight at TPAC. I just hope we don't fall asleep in the middle of it. ;) Rory is spending some time with the grandparents while Camden has his last regular season basketball game tonight (not a home game). Camden has soccer tryouts tomorrow morning (I nearly cried when I remembered. Our calendar needs a break!). When high school is over, I'll miss these busy days. That's what they tell me anyway.

Unknown said…
My daughter is obsessed with When Calls the Heart!
1:42 PM