- June 22, 2017
Ever get the feeling that maybe you've started to neglect honoring the ones you love? Just me? I've been battling a nagging feeling for several months now that I have let down my people. Well, I can call it a naggling feeling or I can call it conviction, which is probably closer to the truth.

We've never been strong on celebrations. I'd rather stab my eyes out than host a birthday party complete with pinterest-worthy decorations and crafts. Our parenting philosophy errs strongly on the side of simple not extravagant, and I stand by that. But 20 years of low-key marriage/parenting has disintegrated into a half-heartedly written card (or not), maybe tossing a little gift (certainly with no wrapping) into the lap of whoever's day it is. And I think maybe the pendulum has swung too far in the opposite direction.

I want Brian to feel like the most honored dad in the world on Father's Day. I want the kids to feel they are the most special 10 and 13 year old in my world. While it's not realistic to live every day with cake, presents, love notes and celebrations, it is possible to memorialize birthdays, anniversaries and even on the dreaded manufactured holidays like Valentine's day, Mother's Day, and Father's Day in a significant, heart-felt way.

So Brian and I are turning over a new leaf in this celebrating thing. We'll continue to be the practical parent and wife/husband every other day, but we're going to be the silly, celebratory parent on special days.

I didn't even take a picture of Brian and the kids together on Father's Day (which was the last straw), but I do have these pictures from late May. You'll find this scenario often in our front yard, especially spring and fall (not as often when it's 95 degrees outside). The way he invests in our kids via quality time is only one of the reasons Brian is such a good dad. He works 2 jobs but still says yes more often than no when they ask for just one more game (paper football and real basketball are the games of choice most days). He loves our kids so well. And if you're lucky enough to have Mr. Brian as your 4th grade reading teacher at school or your Children's Pastor at church, then let me assure you that he loves your kids as well. He puts everything he has into showing God's love to his 4th graders and into discipling kids at church and at home. I am SO guilty of thinking every dad is just like him. Truth is that with the exception of my own dad, he is one of a kind.

So Happy Belated Father's Day, Brian. You are knocking it out of the park. Or maybe considering the sport you're playing, I should say "You've got a triple-double" instead? 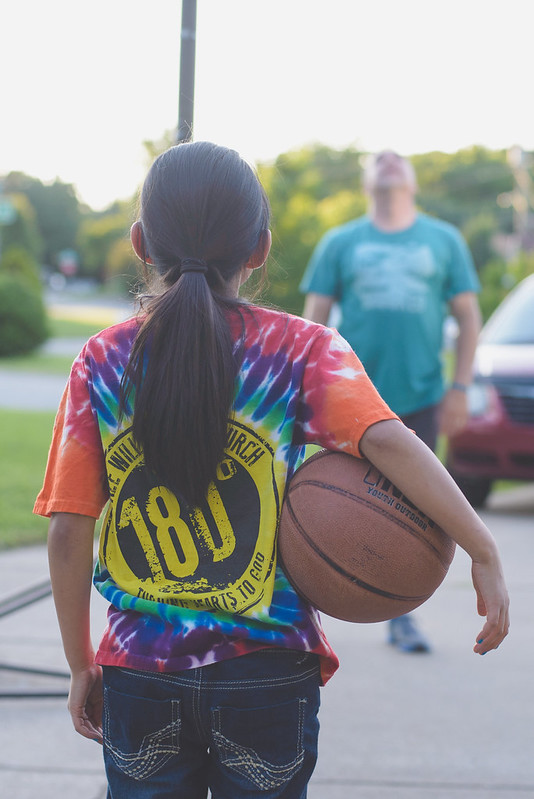 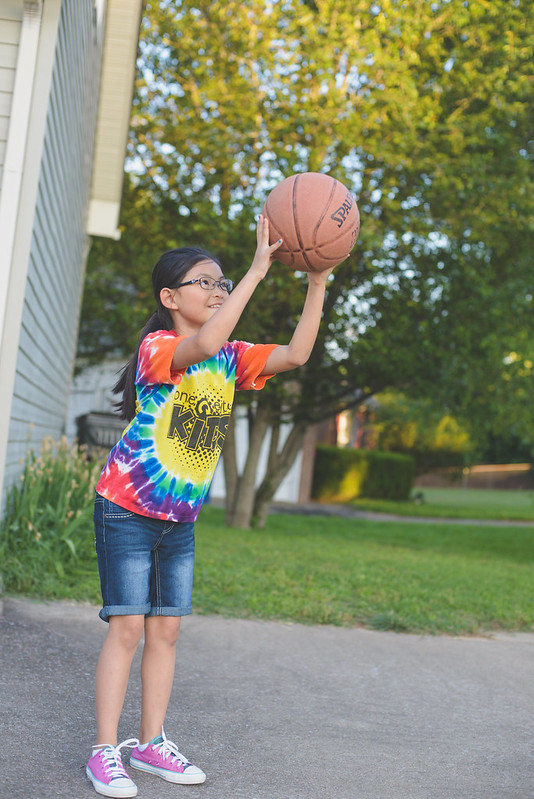 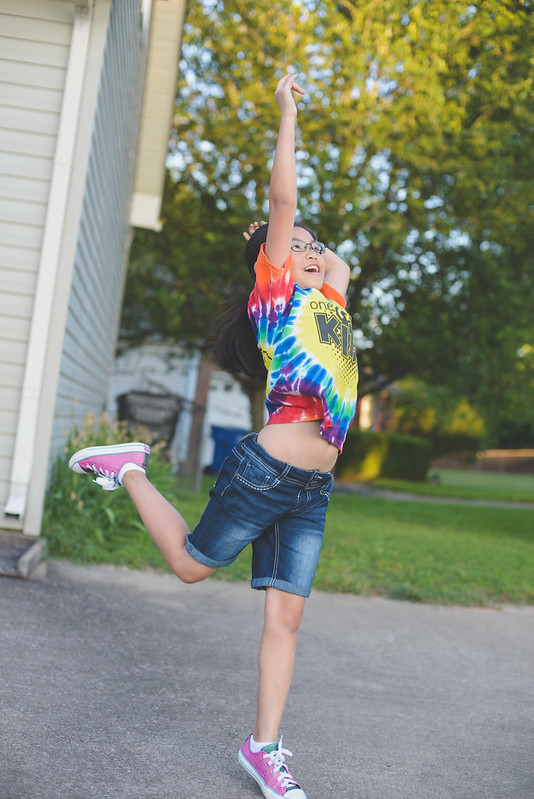 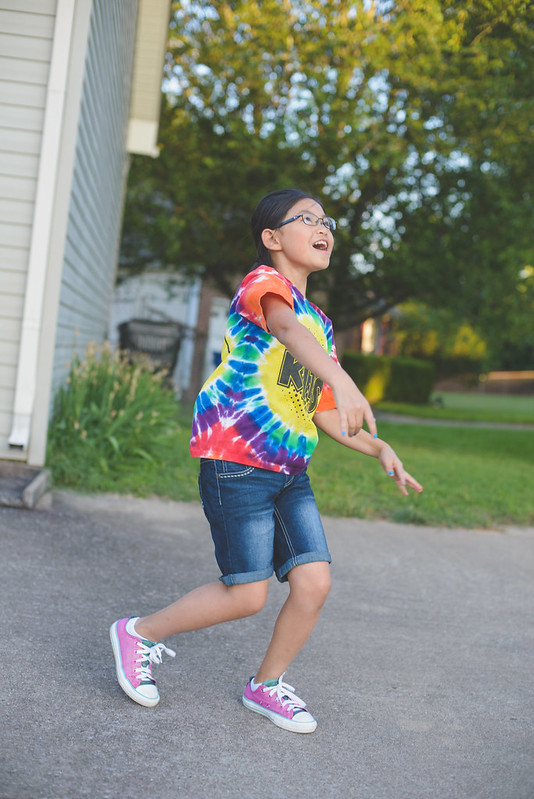 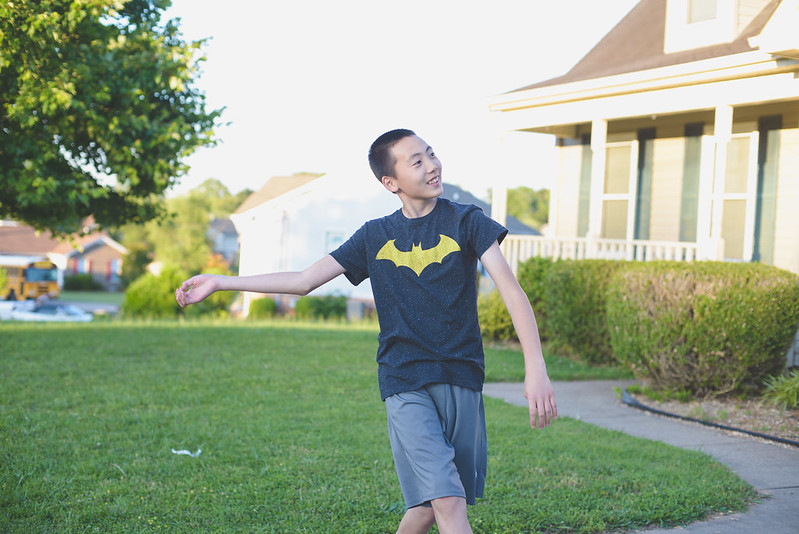 Doing what he does best: knowing it all and telling everyone else about it. ;) 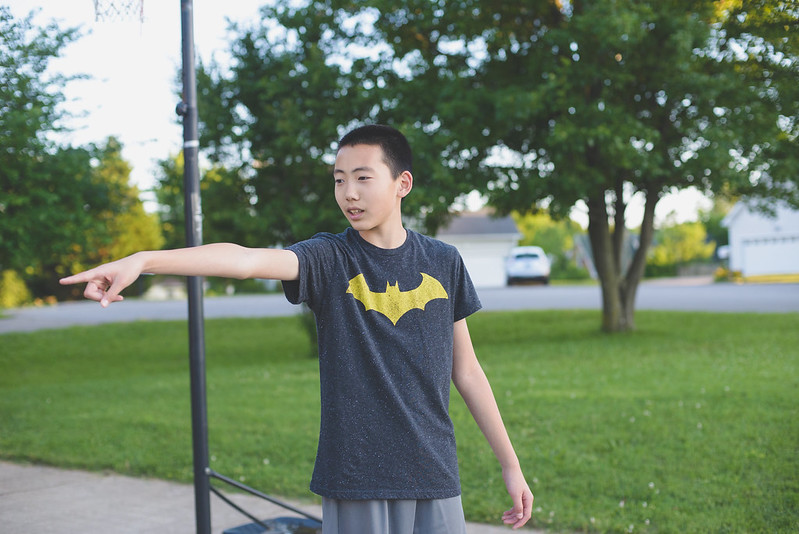 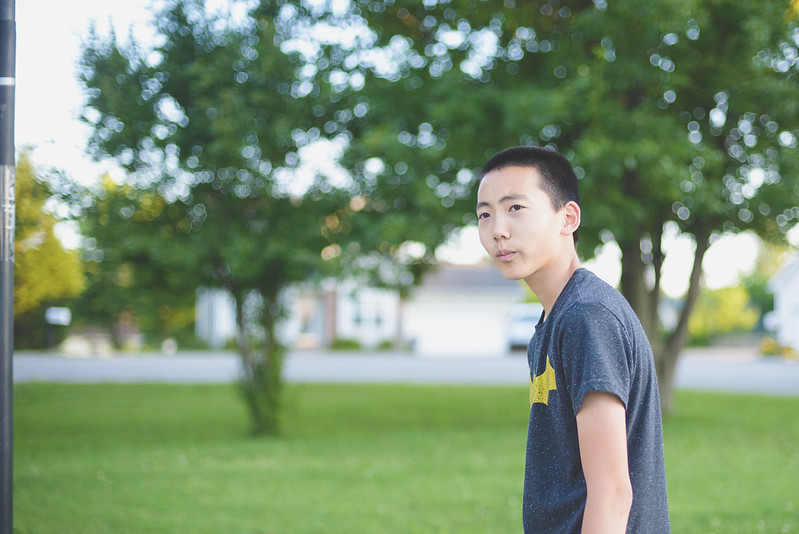 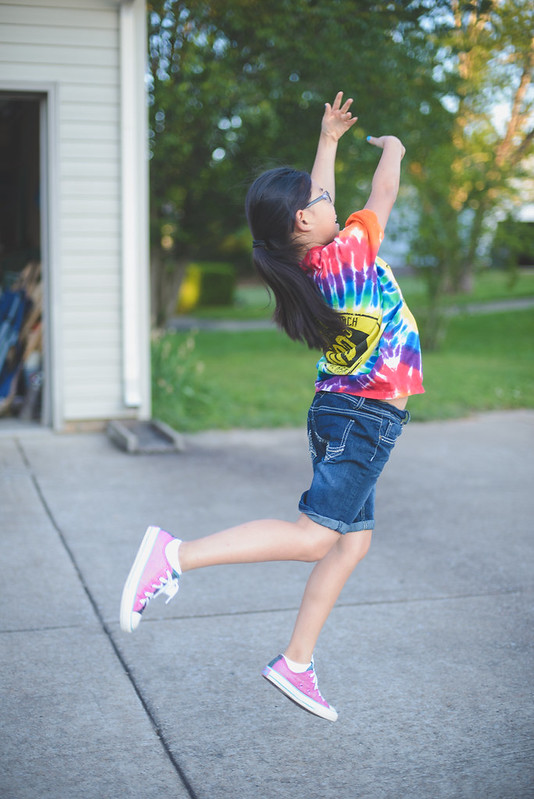 This kid does not handle losing well; it is a constant struggle in our house. 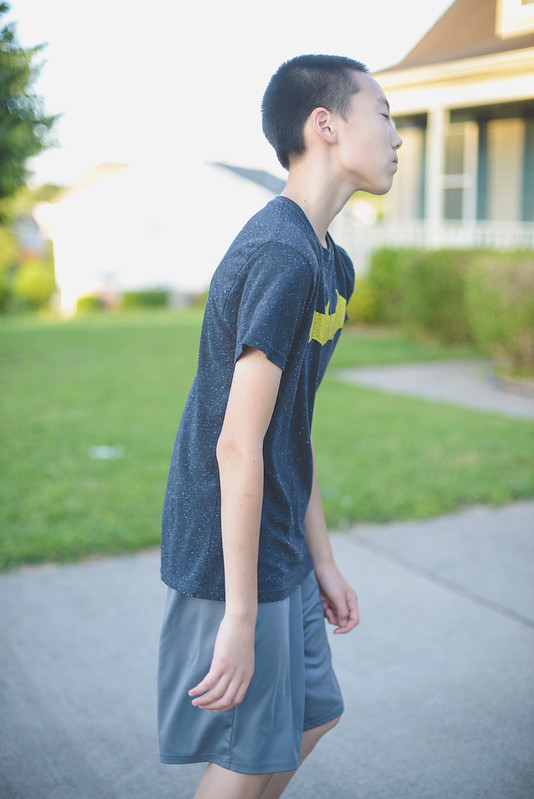 Kicking the ball because he missed a shot. Guess it's time to pull out the belly. 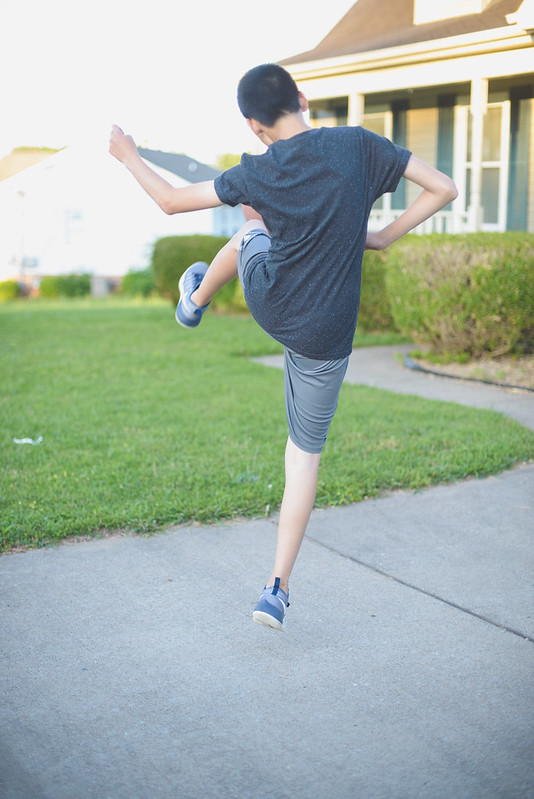 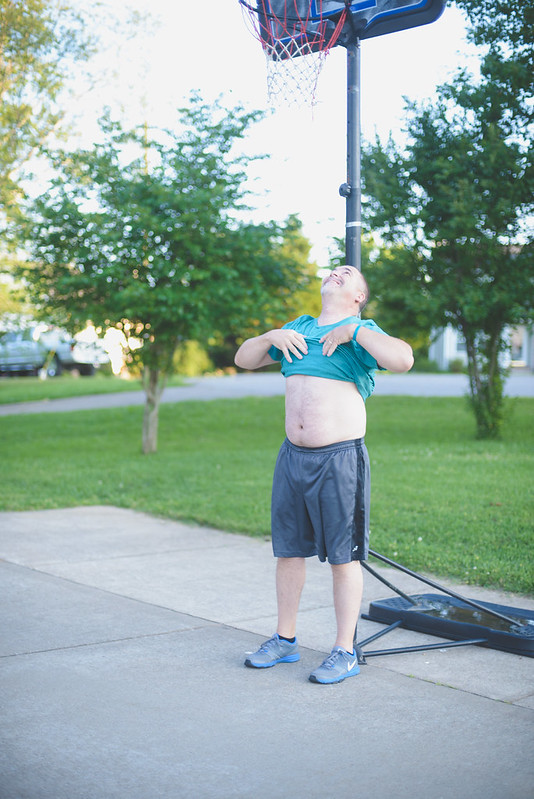 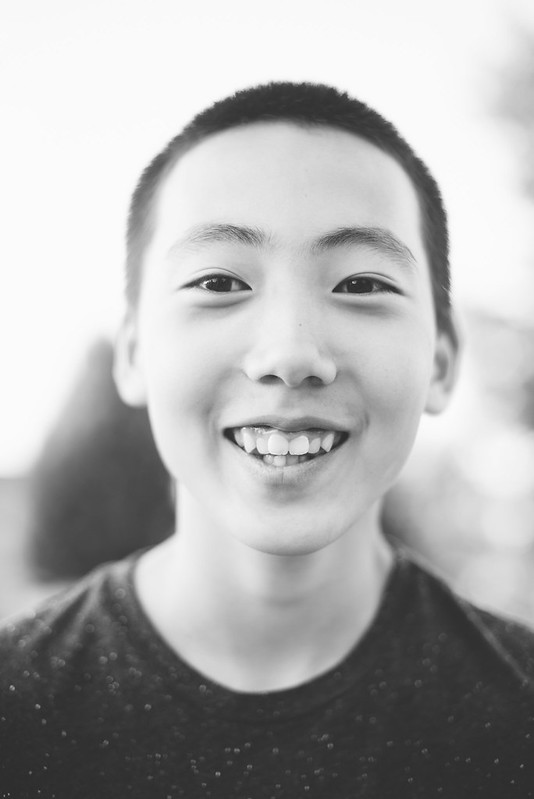 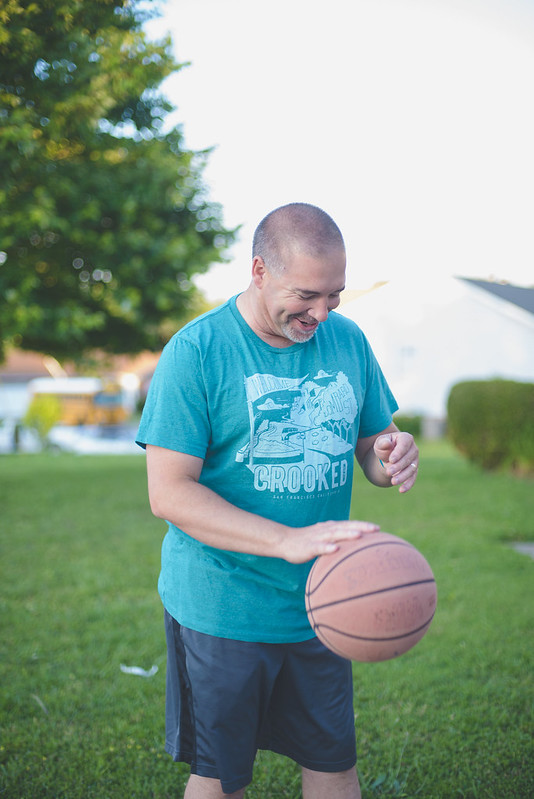 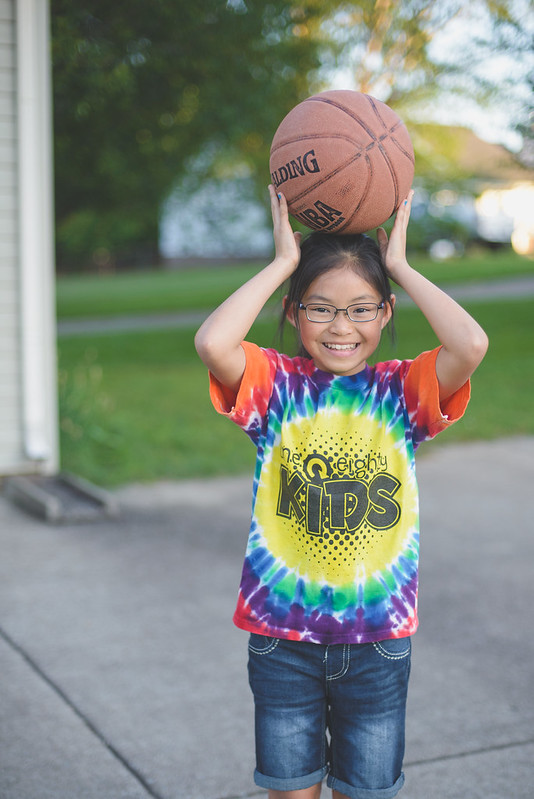 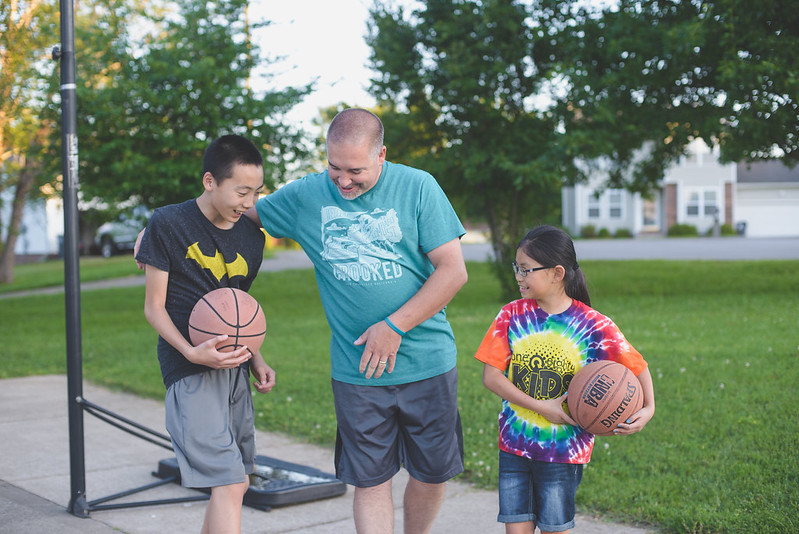 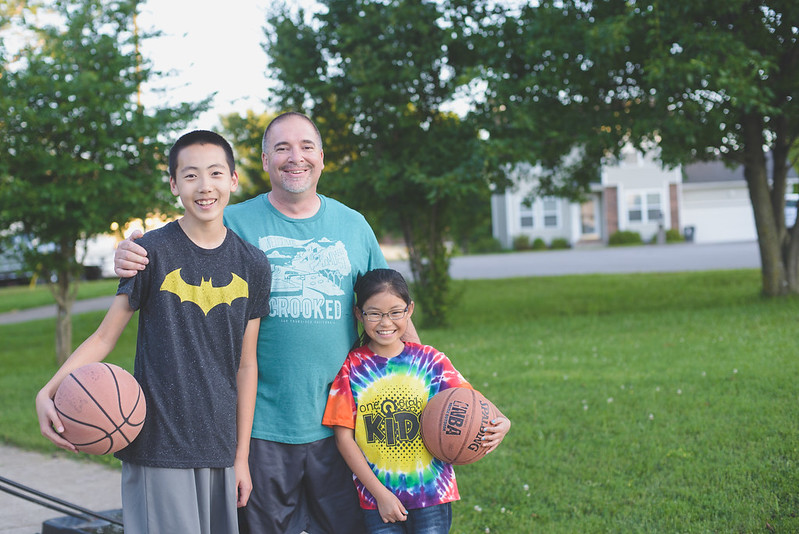