- February 04, 2015
I'm guessing I can blame the double dose of steroids my oncologist ordered for me during infusion late yesterday afternoon for my 3:30 wake-up time this morning. Irony is that today is the one day I could have slept in as late as I wanted since Brian is handling kid duty today. I try to not drive on the day after chemo since it's the day I'm shakiest/most likely to hurl, etc. Good news is that today is my full-on recovery day. I have nothing to do, no obligations. It's one of those days that I always plan for and try to sink into the knowledge that it's okay to just take care of myself and rest without guilt.

Yesterday started with a unusual morning involving Rory and stomach issues which changed up our plans for the day. It also meant we had extra time to kill in Nashville so we went and had coffee at Crema. Actually sat down and enjoyed the ambiance instead of getting it to go. Then we met our friend for a bagel at our old stomping grounds - Star Bagel. When we were first married (nearly 18 years ago), we lived in a teeny tiny upstairs apartment. Brian was still in school and working two jobs - one of which was leaving at the crack of dawn to go help a quadriplegic with his morning routine. He would stop by the newly opened Star Bagel a couple moorings a week and bring me a Cranberry Orange bagel. It's what I ordered yesterday 18 years later, and it was still delicious (but with way too much cream cheese). 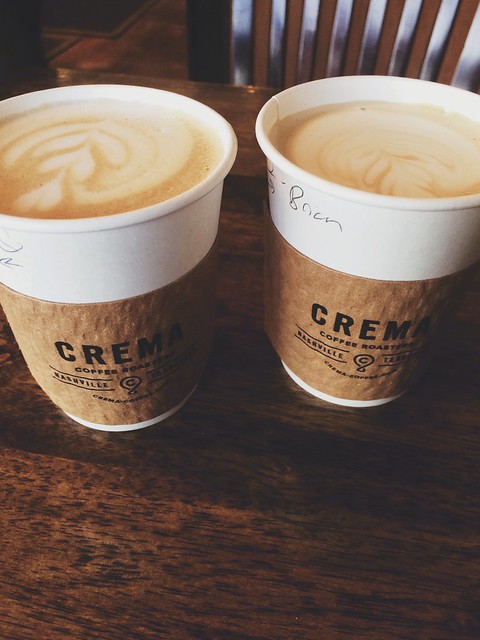 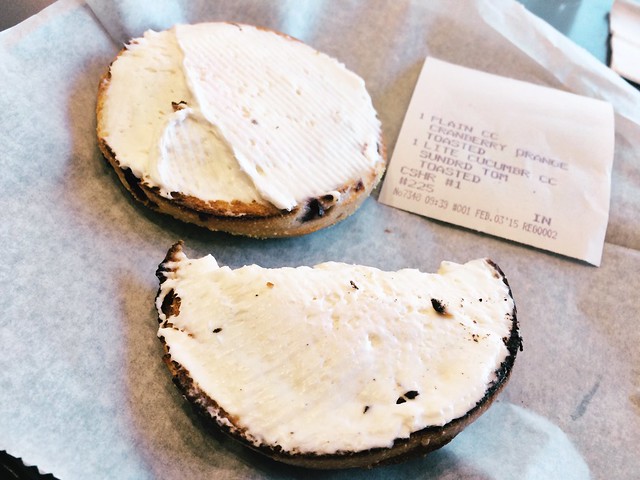 My appointment with Dr. C went fairly well. She can still feel the little nodules of cancer on the left side, but said she couldn't tell that they were any bigger or smaller. I guess you can look at that as good or bad news - chemo doesn't seem to be reducing the spots, but they're not growing either. CA125 went up to 67 (was 55 last month). Of course, there's no real way to know until my scan, which is scheduled for February 24. I told Dr. C I didn't want to discuss what her plan might be if Doxil isn't working because I'm not ready to spend the next 4 weeks worrying about that possibility. Hello, Matthew 6:24 "Therefore, do not worry about tomorrow, for tomorrow will worry about itself. Each day has enough trouble of its own."

It feels like there has been a lack of pictures over the last few weeks so I will remedy that tomorrow.

Unknown said…
Oh how I miss Star Bagel! I spent WAY too much money there when I worked at the school. Tip: always order the cream cheese on the side. =)
3:18 PM

Christine @ 12,450miles said…
I’m sure I should be commenting on the more important stuff in this post… but I cannot get past those two photos. I need a bagel and a good coffee STAT now!!!
7:18 AM